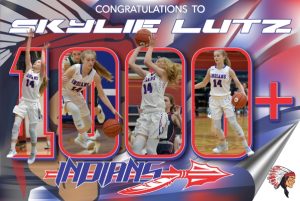 Skylie Lutz has scored her 1000th career point as a Lady Indian. Skylie is the first Junior Lady Indian to reach this mark and only the fourth Lady Indiana in school history to join the 1000 point club. Skylie is also the 8th member of the Union City 1000 point club that includes both the boys and girls.  Over her career, Skylie’s per game scoring average is 16.3 and she has shot 49% from the field. Congratulations to Skylie Lutz on her 1000th career point. Skylie also broke the single game scoring record earlier this year by scoring 41 points against Knightstown to break the old record of 39 that was held by Courtney Wise. Courtney set the old record in the 2016-2017 season. Congratulations to Skylie and good luck to you and your teammates on the rest of your season. 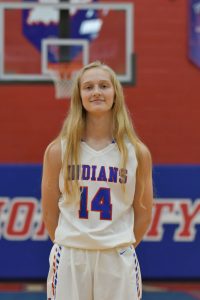 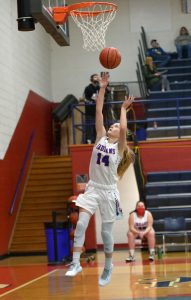 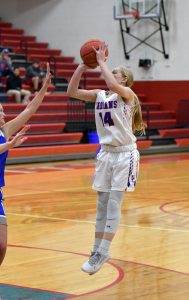