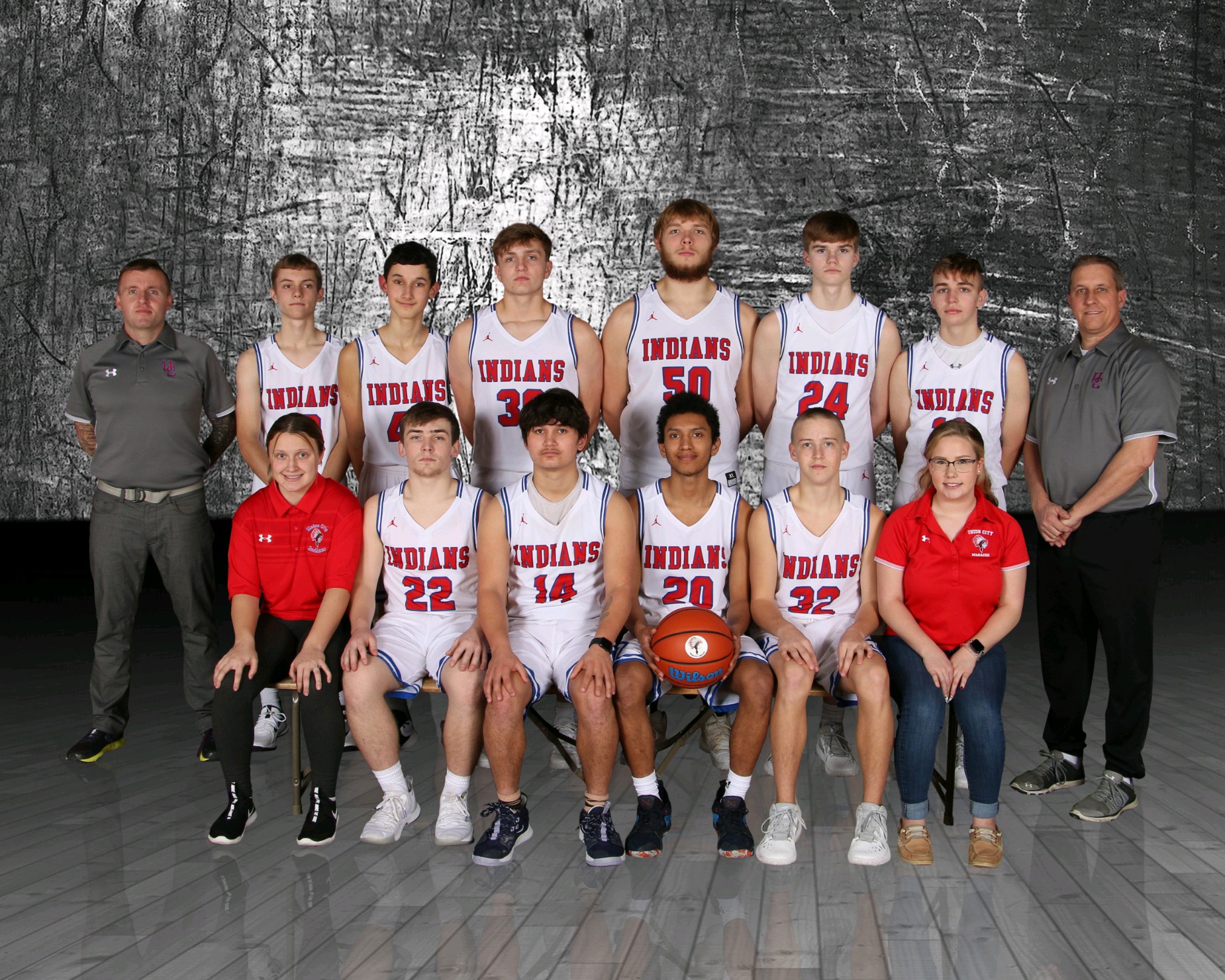 Saturday night was Senior Night as the Indians took on Southern Wells. The Indians started out on fire thanks to the hot hand of Zerrin Cantu who hit 4 three pointers in the quarter. The Raiders battled back and led through the 2nd and 3rd quarters, however Union City put on a scoring clinic in the 4th quarter outscoring Southern Wells 28-17 to win the game 70-64. Zerrin Cantu led the way with 35 points, followed by Rylan Mote with 14 and Hunter Reagan with 11. Elijah Cowper grabbed 10 rebounds. The Indians improve to 6-13 on the season and host Centerville on Tuesday in a Tri-Eastern Conference game.