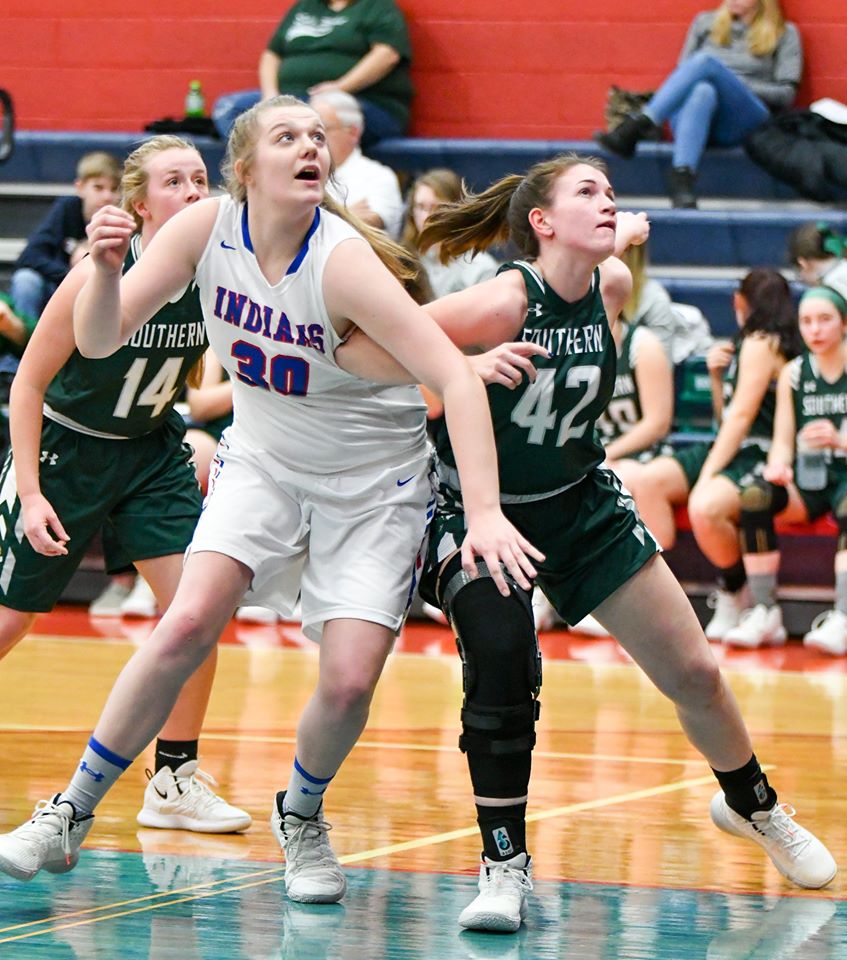 The Lady Indians got a notch in the win column tonight against South Adams, defeating the Starfires 59-55. It went down to the wire but the Indians were able to seal the game with a few late baskets. Dominating the boards the Indians grabbed 42 rebounds total, limiting the Starfires second chance shots. They were led by Emily Livingston’s double double, 23 points and 15 rebounds. Lutz also had a double double with 20 points and 10 rebounds. Claywell added 8 points, 14 rebounds and 6 assists. The Indians are now 2-2 on the season and will be back in action on Tuesday at home against Tipton, JV will tip at 6PM.