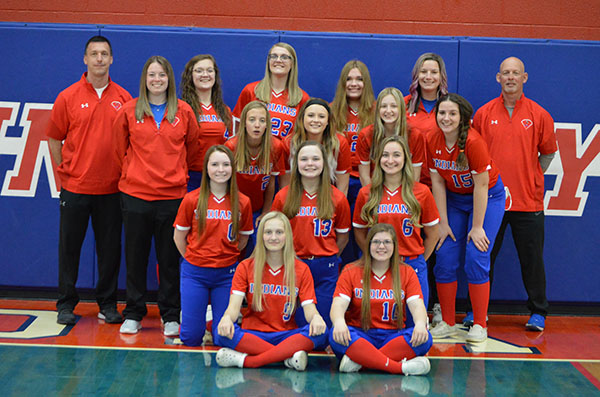 The Lady Indians fell to the Southern Wells Raiders 14-9 on Saturday. Southern Wells scored on a single by Alexis Schmidt in the first inning and a walk by Catalina Tucker in the second inning.
Union City collected six hits and Southern Wells had 12 in the high-scoring affair. Emily Livingston started the game for the Lady Indians. The righthander surrendered six runs on three hits over three innings, striking out five.
UC notched three runs in the seventh inning. Caroline Moore had an RBI single in the inning to lead the run scoring. Moore led UC with three hits in four at bats. UC stole 17 bases during the game as four players stole more than one. Skylie Lutz led the way with seven.
The Lady Indians are 0-1 on the season and will be back on the field Thursday, against Muncie Central at home starting at 5 pm.

Varsity Baseball vs. Knightstown (Makeup starting with the 5th Inning)