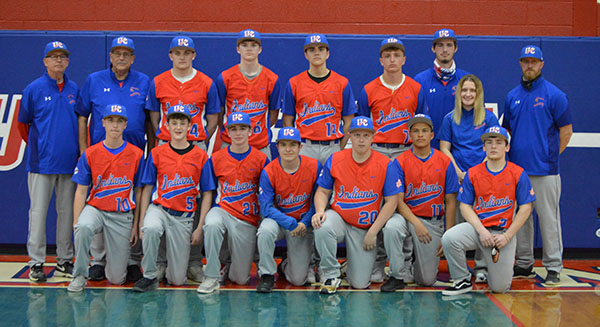 The UC baseball team came up short in an 8-5 loss to Cowan on Tuesday. The Blackhawks scored two runs in the first inning and led the entire game. The Indians stayed close as they out hit Cowan 7 to 4. Camden LaFuze started on the mound for the Indians and pitched two innings. Hunter Reagan followed Camden with two innings of relief and Zach Fulk pitched the last three innings. Owen Dowler lead the team at the plate with three hits and 2 RBIs with Jude Connor adding two singles. Hunter Reagan and Jordan Walser each had one hit. The Indians (0-1) return to the diamond on Thursday with a Tri Eastern Conference game at home with Knightstown. The game time is 5:30. Tickets can be purchased online at https://ucindians.com/

Varsity Baseball vs. Knightstown (Makeup starting with the 5th Inning)